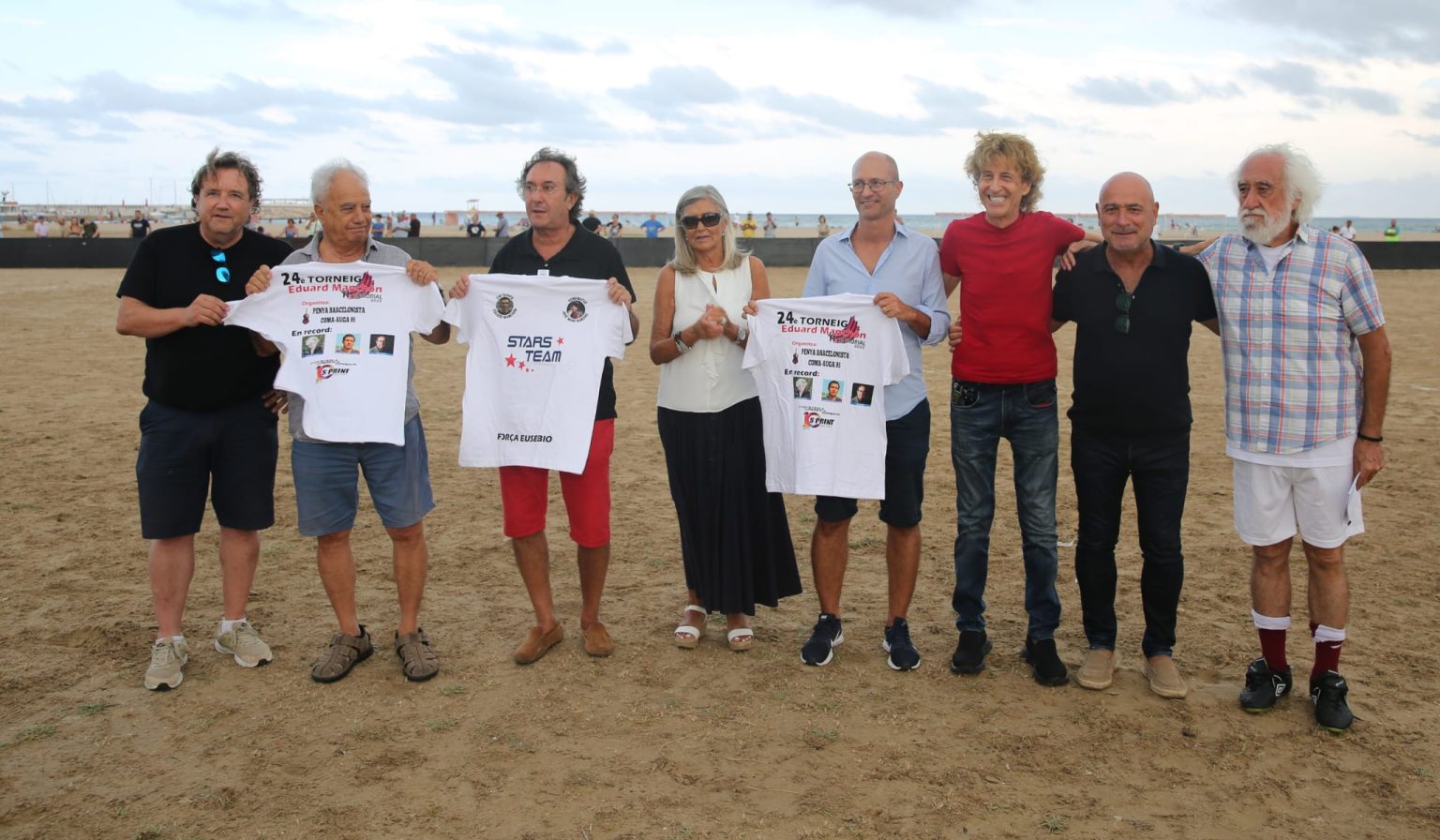 The event, which is promoted by the president of the penya, Josep Maldonado, paid tribute to José Mari Bakero and brought together several blaugrana legends

Every year, the Manchón Tournament recovers a piece of FC Barcelona’s history and pays tribute to one of its prominent figures. In its XXIV edition, the event, organized by the Penya Barcelonista Coma-ruga 95 (Federació Tarragona Nord) and promoted by its president Josep Maldonado, wanted to recognize José Mari Bakero, a key figure of the Dream Team.

The setting was the beach of Coma-ruga. Some important names of the blaugrana history gathered there last Saturday, as well as other popular figures and numerous representatives of the supporter’s club movement. Along with the honored Bakero, former players Guillermo Amor, Steve Archibald, Paco Martínez, Antoni Pinilla, Salvador Sadurní, Ramon Alfonseda, Rafael Zuviría and ‘Tente’ Sánchez were also present.

On behalf of the Club, Josep-Ignasi Macià, board member of the Social Area, was present, while on behalf of the World Confederation of Supporters’ Clubs, it was its vice-president, Salva Torres, who attended the event. Several members of the PB Coma-ruga 95, as well as other supporters clubs, were also present. The day was marked by harmony, good atmosphere and emotion.

The Manchón Tournament consisted of two friendly matches. One pitted the PB Coma-ruga 95 team against the ‘Stars Team’, with the presence of some of the aforementioned former players of the 80s and 90s. The second one was a match of Barça veterans in which Laszi Kubala, son of the culé legend of the 50s participated, among others.